Although concern about not having enough breast milk is the number one reason that mothers wean their babies early, having too much milk can also be a problem. When you consider the fact that a small percentage of women don’t have the capacity to produce enough milk for their babies no matter what they do, then having too much milk is a relatively good breastfeeding problem to have, and is usually fairly easy to resolve.

Babies whose moms have too much milk will often exhibit symptoms such as fussing, pulling off the breast, colicky crying, gassiness, spitting up, and hiccuping. They may want to nurse frequently, and they may gain weight more rapidly than the average baby (who usually gains 4-8 ounces each week during the first 3 or 4 months), or they may gain weight more slowly than the average baby. Their stools may be green and watery, and their bottoms may be red and sore. The mother’s letdown reflex may be so forceful that the baby chokes, gags and sputters as he struggles with the jet of milk that sprays too quickly into his mouth.

Mothers who produce too much milk may suffer from full, engorged breasts, plugged ducts, and mastitis. Sometimes they feel a few seconds of intense pain as the letdown (or milk ejection) reflex occurs, because it is so forceful.

The cause of the problem is usually a combination of an overactive letdown reflex along with a foremilk/hindmilk imbalance. Let’s say that the ‘average’ mother has one half ounce of foremilk (the thin, sweet milk produced at the beginning of the feeding that is high in lactose but lower in fat) and two ounces of hindmilk (the higher calorie, thicker milk that is produced as the milk lets down and moves through the ducts, collecting fatty particles).

This ‘average’ mother’s baby will get a total of about 5 ounces of milk if he nurses on both breasts. The mother with too much milk, on the other hand, may have an ounce of foremilk and 3 ounces of hindmilk in each breast. This means that the baby may get 4 ounces of milk on the first breast, and if you switch him to the other side, he may be so full that he will only get the ounce of foremilk that comes out at the beginning of the feeding. This results in a disproportionate amount of foremilk – and since foremilk is high in lactose, he may become gassy and spit up as a result of too much lactose being emptied into his bowel. Because he doesn’t get enough of the fatty hind milk, his stomach empties quickly and he wants to eat again soon.

Here are some tips that can help you reduce and cope with an overabundant milk supply:

Here’s a true funny story about an overactive letdown reflex: a mother whose husband was a high school basketball coach was nursing her six month old baby while sitting on the front bleachers. When everyone started cheering, he pulled off the breast to look around and see what all the noise was about. Mom’s milk had just let down, and it squirted so far that it landed on the basketball court. They had to stop play while the referee came out and wiped it off with a towel. Imagine her embarrassment! Bet it makes a great story to tell his girlfriend when he brings her home to meet his parents someday.

Usually, the problem of too much milk will resolve as your baby matures and is able to handle the flow better, and also as your body settles down to make the milk your baby needs and not a lot of extra milk. Like all other breastfeeding problems, this too shall pass. 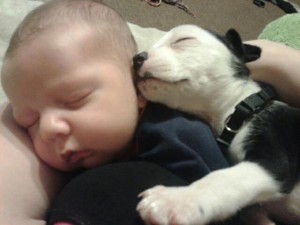 If you found this article helpful, please consider making a small donation to my favorite cause – Project Pets: Spay, Neuter, Love
–  an all volunteer, non-profit organization that provides free spay and neuter services for homeless rescue dogs and cats…because every baby deserves a home, whether they have two legs or four! To find out how you can help, visit Project Pets on Facebook.

What happens if I produce too much milk?

Babies whose moms have too much milk may exhibit symptoms such as fussing, pulling off the breast, crying, gassiness, spitting up, and hiccuping. They may want to nurse frequently and may gain weight more rapidly or more slowly than the average baby. Their stools may be green and watery, and their bottoms may be red and sore. Moms who overproduce may have engorgement, clogged ducts, or mastitis.