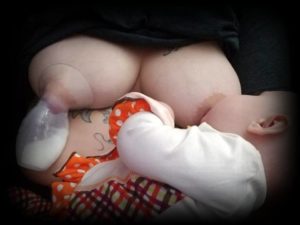 Question: I’ve heard all these wonderful things about the Haakaa pump that almost sound too good to be true. So does it really work?

Answer: I like to keep current with what’s going in the breastfeeding and attachment parenting world, so I follow a lot of mommy groups on Facebook. Over the past few months, I kept seeing posts about a new pump called the Haakaa (yes, that’s how it’s spelled). I was curious about what the name meant, so I Googled it. According to their web site, “HaaKaa is a mom-and-baby brand from New Zealand. It’s name comes from the word “Haka”, which is a traditional war dance by the country’s Maori people, which is a way for them to affirm their strength as a tribe.” I’m now more confused than ever about why they called it that.

I don’t usually recommend specific products. There are so many pumps currently on the market that I encourage moms to do their own research to find out which one would work best for them in their unique situation. Each one has pros and cons, and no one pump is right for everyone.

But I decided to check out the Haakaa because I saw comments like this over and over: “I love love love my Haakaa! While nursing, you put it on the other breast you’re not nursing from and it catches your let down. I generally get between 2-4 ounces in my Haakaa that would have otherwise been wasted by soaking my nursing pad.”

“My Haakaa worked better than an electric pump. I used it mostly when I was feeding bubba on the other breast because who wants to spend the spare time pumping? By the time you finish feeding bubba you have enough for a whole feed.”

“I don’t use an actual pump. My son is 6 months old and I’ve donated over 300 ounces and still have a stash. I love my Haakaa so much and it’s so easy to carry around and I can use it anywhere.”

“I LOVE my Haakaa. I’m struggling with supply and it always adds another 1-4 ounces to my pumping sessions. I use it in addition to pumping. It literally attaches to your breast using suction and collects milk.”

“It’s amazing!! So little hassle and so much output – I’m a convert! One side, one nursing session, 3 ounces!”

“This is seriously the best investment in my breastfeeding journey!”

I heard more than one mother describe it as a “life saver”.

The rave reviews made me super curious, so I had to do some research and check it out. Here’s what I found: 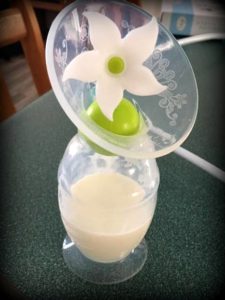 The Haakka is a one piece ‘pump’ made out of flexible food grade silicone. Here’s the thing: it’s not exactly a pump – it’s more of a ‘milk collection’ device. You attach it to one breast while you’re feeding on the other side. When your milk lets down, the suction gently pulls the milk out, catching the extra milk that drips out, without draining the breast completely.

When the letdown (MER milk ejection reflex) occurs, milk will leak from both sides at the same time. Your body doesn’t know you’re not nursing twins, so just to be on the safe side, mother nature made women’s breasts so that the milk comes out of both breasts every time the letdown occurs. You can tell if your milk has let down if milk leaks from the other breast while the baby is nursing, or when you feel a tingling sensation. Even moms who don’t leak a lot collect some milk with the Haakaa, but not usually as much as heavy leakers.

Naturebond and BumbleBee are off brands that also collect “let-down”/ breast milk leaks and relieve engorgement using pure natural suction pressure. They may cost less than the Haakaa and seem to work just as well.

One mother said this about the Haakaa:  “I tell every pregnant woman I know to use it from the very beginning. I didn’t and I wish I had. I regret not getting a head start on my freezer stash. It was a game changer for me. ”

Overall, I have to agree with her. I was so impressed with what I learned that I wish I’d had a Haakaa when I was nursing my six babies – and when my next grand baby is born, I’ll make sure that their mama has a Haakaa from day one.

HOW TO USE A HAAKAA | SILICONE MILK CATCHER 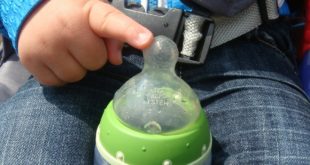