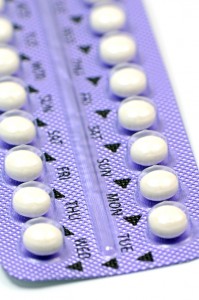 For the nursing mother who wants to space her pregnancies, there are many birth control options to choose from. Each method offers advantages and disadvantages.

As long as the nursing mother is exclusively breastfeeding, (nursing frequently day and night with no supplemental feedings), the baby is younger than 6 months of age, and the mother has not started having periods, she is more than 98% protected against pregnancy. This period of exclusive nursing means not only no supplemental feedings of water or formula, but also little or no pacifier use. All of the baby’s sucking needs are met at the breast, which means cue feedings around the clock. As long as the mother has had no vaginal bleeding after 56 days postpartum, and the baby receives no supplemental feeds, she has only about a 2% chance of becoming pregnant (this compares to the combined birth control pill, which is about 98%-99% effective if taken every day without missing a dose).

It is important to understand that as soon as there is a decline in breastfeeding, due to the baby eating supplemental feedings or nursing less often, the contraceptive protection decreases, and other methods should be considered.

Fertility is most effectively suppressed when the baby goes no longer than 4 hours during the day and 6 hours at night between feedings. The pattern of breastfeeding is a key factor, but the mother’s own body chemistry also has an influence. Some mothers nurse without supplements and still start having periods within the first few months of nursing. Others whose babies sleep through the night or have supplemental feedings will not have a period for twelve months or longer. Some women go as long as two years or more without menstruating. After the initial flow of lochia (the bleeding experienced for 2 to 4 weeks after birth) has stopped, nursing mothers will usually experience no vaginal bleeding for several months. Often, the first period occurs without ovulation. Many women refer to this as a “warning” period, and take it as a sign that they are fertile from that point on.

Often light bleeding or spotting is the first indication of the return of fertility. Any bleeding or spotting that lasts more than a couple of days should be considered a sign that the mother is fertile again. It is not unusual for a mother to have irregular periods during the time she is nursing. Some (but not all) mothers notice a slight decrease in their milk supply during their periods, but after a few days the supply will increase.

It is important to think about birth control options well before the time a mother becomes fertile again.

What follows is a list of family planning options as they relate to breastfeeding women. It is important to emphasize that hormonal methods containing estrogen should be avoided whenever possible, as they may cause a decrease in milk supply.

Changes in the mother’s body during lactation may include vaginal dryness due to low levels of estrogen. Intercourse may be more comfortable if a water-based lubricant such as K-Y jelly is used. The release of oxytocin during orgasm may cause the mother’s milk to leak or spray and surprise both partners. Feeding the baby or expressing some milk before lovemaking, applying pressure as the milk lets down, and keeping a towel handy to catch the leaks may be helpful.

The first choice of birth control for nursing mothers is non-hormonal methods. This includes condom use, which has the advantages of being readily available, and having no effect on breastfeeding. Condoms can be very effective if used correctly. Condoms offer some protection against STDS (sexually transmitted diseases) and have no risks to the mother or child, but can be irritating to vaginal tissue and may require additional lubrication.

Diaphragms also have no effect on breastfeeding, and can be very effective if used correctly. Their effectiveness depends on use with a spermicide, and they must be re-fitted after the baby is born and the uterus has returned to its pre-pregnancy size.

Spermicides have no effect on breastfeeding, and can be very effective if used according to instructions. They may be irritating to the vagina and to the male partner. Spermicides are not known to pass into the milk and affect the baby in any way.

IUDs have no effect on breastfeeding, and are very effective. There is a possible risk of expulsion or uterine perforation if the device is not properly placed or is inserted before 6 weeks postpartum.

The other non-hormonal method of birth control is fertility awareness-based methods (FAMs), sometimes referred to as “natural family planning’. These methods involve learning the signs and symptoms of fertility, and may require extended periods of abstinence. It has no effect on breastfeeding, and can be very effective if used correctly. Because it may be difficult to interpret signs of fertility during breastfeeding, this method may require additional training in order to interpret the symptoms of fertility during lactation.

There are three FAMs used to predict when you ovulate. The temperature method involves taking your temperature every morning and charting it; the cervial mucus method means learning the changes in your cervical mucus so than you can avoid intercourse during ovulation; and the standard calendar  method, where you chart your menstrual cycles on a calendar and avoid unprotected sexual intercourse on your most fertile days.

None of the FAMs are as effective as the other methods when used alone, but are extremely effective when all three methods are combined – the “Sympthermal Method”.

This site has information about all types of birth control, including FAMs and Symptheremal Methods: http://www.plannedparenthood.org/health-topics/birth-control/fertility-awareness-4217.html

If the nursing mother chooses to use a hormonal method of birth control, the second choice is progestin only methods, such as Norplant (implants), mini-pills, or injectables (Depo-Provera). All of these methods can be very effective, and may even increase milk volume. Although some of the progestin hormone may enter the breast milk, there is no evidence of adverse effects from the small amount of hormone that passes into the milk. It is recommended that the use of progestin-only hormones be delayed for at least six weeks postpartum due to the possibility of the hormones interfering with the early establishment of lactation.

The third and last choice of birth control for nursing mothers is methods which contain estrogen, such as the standard combined oral contraceptives. These methods are very effective, but often decrease milk supply, and some of the hormone may pass into the mother’s milk. Although there is no evidence of a direct negative effect on the babies of mothers taking the combined pill, there is strong evidence that in many women, estrogen can lead to a decrease in milk supply and early weaning. If the other methods of birth control can’t be avoided, and the combined pill is the only option, then breastfeeding can and should be continued, since it offers many health and nutritional benefits which are important for the nursing infant or toddler. If the mother chooses to use this method, the baby’s weight should be monitored carefully so that adequate intake is ensured. For many mothers, a slight decrease in milk output is insignificant, and in any case, the benefits of breastfeeding far outweigh the disadvantages.

If you’re wondering when you can start having sex again after your baby is born, here’s the scoop: Sex After Baby: The Real Story.

If you found the information in this article helpful, please consider making a small donation to my favorite cause –Project Pets: Spay, Neuter, Love –  an all volunteer, non-profit organization that provides free spay and neuter services for homeless dogs and cats…because every baby deserves a home, whether they have two legs or four! To find out how you can help,  visit Project Pets on Facebook. 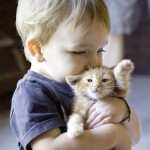