My doctor says I should wean 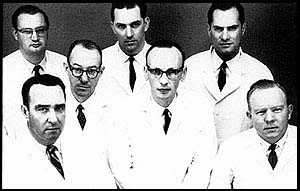 Question:  My baby girl weighed five pounds when she was born. Now she is fifteen months old and weighs only seventeen pounds. The doctor (who I have since dropped) told me she is not gaining enough weight and that I should give her formula.

She is walking and stays very busy. She nurses in short spurts during the day, and ignores my left breast except at night, when she will happily accept both sides. Could only nursing on one breast during the day be what is causing the problem with her weight gain?

I don’t want to stop nursing or to supplement with formula, but my doctor says I should wean.

Answer: Everything sounds very normal to me.

Remember, there is no such thing as an ‘average’ baby. They don’t exist.

You need to stop worrying about the weight charts so much. It sounds like you have a happy, healthy toddler. Weight gain is only one measure of growth. Growing in length and head circumference, as well as meeting developmental goals, are all signs of  adequate growth.

As long as she’s growing (although maybe not as much as her (former) doctor would like), and developing normally, she’s fine.

The ‘average’ baby (the one who doesn’t really exist) will triple their birth weight by one year. My youngest daughter was almost 9 lbs at birth (8 lbs 14 oz), and she weighed only seventeen pounds when she turned a year old, so she hadn’t even doubled her birth weight, much less tripled it.

I worried because the  doctor told me something was wrong. I felt guilty. I tried to force feed her solid food. I would have put Ben and Jerry’s in a bottle if I thought that would help her gain weight.

She was a stubborn little girl (still is, twenty-four years later), and a very picky eater. I stopped stressing so much when she started walking at nine months, potty trained herself at eighteen months, and was talking in sentences before she was two.

Since she was healthy and happy and smart, I decided to let her nurse when she wanted to, for as long as she wanted to, offer her food that was good for her, and stop stressing about whether she ate it or not. She self weaned while I was pregnant with her big sister, at around age two and a half, and she turned out just fine.

As far as your toddler’s nursing pattern goes – also normal. Toddlers are busy. They don’t nurse like newborns. It’s eat and run during the day, when there’s so much going on, and nursing more at night when it’s quieter with less distractions.

Lots of babies prefer one breast over the other, some from day one. She probably gets more milk from the left side, and/or it lets down faster.

It’s all part of the weaning process. Older babies don’t spend forty five minutes at the breast like younger babies. They have so many other interesting things to do besides nurse! At this age, a lot of the nursing sessions are more of a way to reconnect and make sure mom is still there than they are than a way to get a full meal.

Bottom line…you don’t need to supplement or wean. You don’t need to worry. You’re doing all the right things.  You have a healthy, happy baby, snd you’ve found a new doctor, who hopefully will be more informed and supportive than  the last one.