Breastfeeding And Pregnant – Changes in my milk? 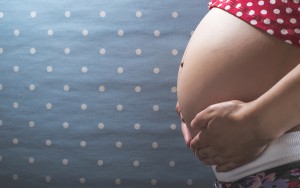 Question: I’m still breastfeeding my 18 month old son and recently found out I’m pregnant. I’d like to wean him before the new baby comes, but I’m not in a hurry to do it, since he is definitely not ready to be “cut off” yet. My question is concerning the changes in my milk because of the pregnancy. Does the flavor change for the better/worse, and does the amount I produce change as the pregnancy progresses?

Answer:  As your pregnancy progresses, your milk supply will decrease due to hormonal changes. This may be a dramatic decrease, or it may be so gradual that you and the baby hardly notice it. The milk will begin to change over to colostrum sometime during the second trimester. Colostrum isn’t as sweet as mature milk, so your toddler may not like the taste as much.

Another change that you may experience is nipple soreness. Due to hormonal changes, most mothers will experience some degree of nipple tenderness during pregnancy, which can make nursing very uncomfortable. Nipple soreness is the most common reason given for weaning during pregnancy. The discomfort usually is most pronounced during the early months of pregnancy. Since the cause of the soreness is hormonal, there is no real treatment other than time. Some mothers find relief by reducing the time the baby spends at the breast, limiting nursing sessions to nap and bedtime, and others find that reminding the toddler to “open wide” while latching on may reduce soreness.

Since both the quantity and the taste of the milk change during pregnancy, many babies will gradually lose interest in nursing and wean themselves as these changes occur. Other babies don’t seem to care how the milk tastes, or whether they are getting a lot of milk when they nurse. That’s where the emotional component of breastfeeding becomes a factor. Babies vary in their need for oral satisfaction, physical contact, closeness to mother, and willingness to have those needs met in ways other than nursing. My daughter was two when I became pregnant with her little sister. My milk dried up almost overnight during the first few weeks of pregnancy, but that didn’t stop her from nursing until after the baby was born. She didn’t nurse much, just a few minutes at bedtime, but it was still very important to her and so we continued until she was ready to wean on her own.

The article Nursing During Pregnancy and Tandem Nursing has more detailed information that you might find helpful.