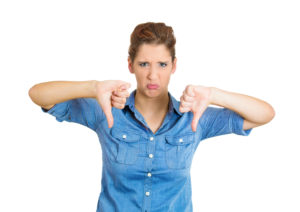 Question: Why did I start my period? I’m still breastfeeding!

I am currently nursing my third child. She is seven months old and still nurses 4~6 times a day. The problem? I started my period today! Yuck! With both of my other babies it took MONTHS after they weaned to get my period back. So what is going on? Do you think that my hormones are all out of whack or something? Should I call my OB/GYN? I am totally upset…one of the best parts for me about breastfeeding (besides a hundred other wonderful reasons to nurse) is not having a menstrual cycle!

Answer: It doesn’t sound to me like there is anything wrong at all. We nursing mothers consider not having a period one of the little “perks” associated with breastfeeding, but individual experiences vary widely.

During the period of exclusive breastfeeding (no supplements, night and day nursing, and little or no pacifier use) most moms won’t have a period during the first six months. If these conditions are met, breastfeeding is a very effective method of birth control (more than 98% protection).

After delivery, mothers experience vaginal bleeding (“lochia”) for two to six weeks. Lochia consists of blood, mucus, and uterine lining the body sheds after giving birth. In the first few days postpartum, the discharge is bright red and heavy, and may contain small clots. For the next week or two, the flow will lessen and the color will change to a pinkish brown. Over the next few weeks, the bleeding will lessen and the color will change from red to pinkish brown. Passing clots after this time may indicate a problem, so you should call your doctor to discuss it.

However, once you introduce any supplemental foods (formula or solids) your baby will typically cut back on nursing and you will usually start your period within a few weeks. Anything that reduces the amount of time your baby nurses, including extended periods of separation (like returning to work) or baby sleeping through the night, will increase the chances of starting your period.

When you consider how often babies nurse in the early stages of breastfeeding (newborns often eat 10-12 times or more in 24 hours), then you can see how only nursing four times a day might not be enough to suppress ovulation.

Some women will have full periods even when they are exclusively nursing, but this is uncommon.  Moms can nurse for months or years after starting their periods. It’s not unusual for periods to be different after pregnancy. Some moms find their periods are irregular for awhile after their cycle starts back, and the flow is often lighter with less cramping than before.

Some mothers (but not most) will notice a temporary decrease in their supply during their period, but it builds back up quickly.

Just be aware that once you start your period, you are officially fertile again, so be careful!

The article  Breastfeeding and Birth Control has more details about fertility cycles and nursing, as well as a discussion of the pros and cons of various birth control methods during lactation.