My first baby was tongue-tied and had problems nursing. 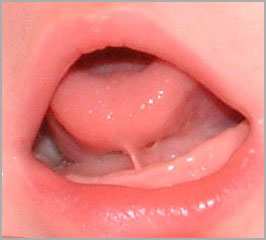 Question: I breastfed my 16 month old son until he weaned. I am now pregnant and suddenly I am considering not nursing! I think the reason I have these reservations is because my son was born with a tongue-tie and he always had a very bad latch. I am scared to get into this again if we have these same problems. Is it normal to have these feelings?

Answer: There is nothing abnormal at all about having concerns about nursing this new baby after what you went through with your first one. Nipple soreness is one of the main reasons that mothers give for weaning their babies early, and this is very unfortunate because most cases of nipple soreness have a logical cause (improper positioning, for example) and a solution (correct positioning). It is a fact that most women experience some degree of soreness when they start nursing. Breastfeeding is a natural, instinctive behavior, and healthy babies are born with a strong sucking reflex, but they have to ‘learn’ how to latch on correctly, and moms have to ‘learn’ how to position them. There is an adjustment period for new mothers during which they have to figure all of this out, and the majority of mothers and nursing babies do work through these problems during the first couple of weeks of breastfeeding.

There are some causes of e nipple soreness that aren’t resolved by simply improving your breastfeeding techniques and giving your nipples a couple of weeks to adapt to nursing. Tongue tie is one of them. Nursing a tongue-tied baby can present insurmountable obstacles to successful nursing, unless you have expert help and advice from the very beginning.

Tongue-tie results when the frenulum (the band of tissue that connects the bottom of the tongue to the floor of the mouth) is too short and tight, causing the movement of the tongue to be restricted. A tight frenulum can have a profound negative effect on a baby’s ability to breastfeed effectively.

In order to extract milk from the breast, the baby needs to move his tongue forward to cup the nipple and areola, drawing it back in his mouth and pressing the tissue against the roof of his mouth. This compresses the lactiferous sinuses (the pockets behind the areola where the milk is stored) and allows the milk to move into the baby’s mouth. The tongue plays an important role in breastfeeding, and if the baby’s frenulum is so short that his tongue can’t extend over the lower gum, he may end up compressing the breast tissue between his gums while he nurses, which can cause severe damage to the nipples.

Tongue-tie can cause feeding difficulties such as low weight gain and constant fussiness in the baby. Nursing mothers may experience nipple trauma (the pain doesn’t go away no matter what position is used), 0r plugged ducts and mastitis, If it is determined that tongue-tie is causing breastfeeding difficulties, there is a simple procedure called a “frenetomy” that can quickly correct the problem. In a relatively painless in-office procedure, the doctor simply clips the frenulum to loosen it and allow the tongue full range of motion. It takes less than a second, and because the frenulum contains almost no blood, there is usually only a drop or two of blood. The baby is put on the breast immediately following the procedure, and the bleeding stops almost instantly. Anesthesia and stitches are not necessary. In most cases, the mother notices an immediate improvement in both her comfort level and the baby’s ability to nurse more efficiently. If tongue-tie is causing severe breastfeeding difficulties, then the sooner the frenulum is clipped, the better.

Your new baby may be born without a tight frenulum, but since there is a tendency for it to run in families, it is a good idea to be prepared just in case. Discuss your concerns with your pediatrician well in advance of the your baby’s arrival. Find someone who can evaluate the frenulum immediately after the birth, and make arrangements for the procedure to be done as quickly as possible (hopefully before leaving the hospital).

I have found that attitudes toward clipping frenulums vary tremendously, from the doctors who refuse to perform the frenotomies at all to the doctors who do it routinely without blinking an eye. Did you know that midwives used to keep one fingernail long in order to sweep it across the baby’s frenulum moments after birth if the baby was found to be tongue tied? There’s a lot to be said about the good old days. Nowadays everything is much more complicated. Although any doctor can theoretically perform the procedure, some family doctors or pediatricians prefer to refer the baby to a dentist , ENT specialist, or oral surgeon.

Nearly all breastfeeding problems do have solutions, if you are committed enough to seek out the help that you need. You encountered a very real medical problem when you nursed your first baby, and you still hung in there for over a year!

Things are sure to go better this time around, because you know what to expect and what to do to correct the problem if it does occur. Education, preparation, support, and determination are the keys to overcoming breastfeeding challenges. Of course, I hope you don’t have any challenges this time. After what you went through before, you deserve one of those babies who is “born knowing how to nurse,” and I hope that happens for you. 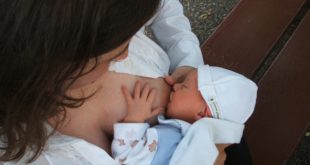 How Often Should My Newborn Nurse?