Is it safe to drink diet soda while I’m breasteeding? 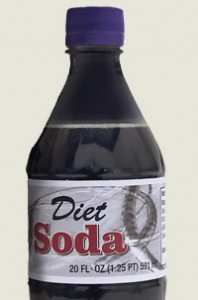 Question:  I am currently breastfeeding my one month old daughter. Everything is going wonderfully. My question is this: Is it safe to drink diet soda sweetened with Nutrasweet while nursing? My daughter’s pediatrician said it is fine but I find a lot of contradicting information on the internet. Your help would be appreciated.

Answer: Drinking diet sodas sweetened with Nutrasweet (aspartame) should not be problem when you are nursing. Dr. Thomas Hale (Medications and Mother’s Milk), says that in doses 3 to 4 times higher than what would  typically be ingested, “the milk levels are too low to produce significant side effects in normal infants”.

The exception to this would be in a situation where a baby had PKU (Phenylketonuria). Aspartame contains an amino acid called phenylalanine, and babies born with the inherited metabolic disorder PKU are unable to metabolize this particular amino acid. Anyone diagnosed with PKU should avoid all foods which contain phenylalanine, including aspartame. State laws require that all newborns be screened for PKU, so your baby should have been tested soon after birth. As long as neither you or your baby have PKU, then drinking diet soda with Nurtrasweet should not present any problems.

Other artificial sweeteners like Splenda (sucralose), Sorbitol, Saccharin, and Stevia (Stevia rebaudiana), are considered safe for use by nursing mothers because little appears in the milk, and what does appear is poorly absorbed.

Diet soda may also contain caffeine, which is considered safe for nursing moms in moderation. If you are taking in more than 750 mg per day, your baby may be overstimulated and fussy. The younger the baby, the more likely they are to react to caffeine. One can of diet soda contains about 46 mg, so you would have to drink 11 cans a day before the levels are considered ‘high’.

Since sodas have no nutritive value, it’s a good idea to drink them in moderation, but there is no reason  to avoid them completely just because you are breastfeeding.

For more information about what is safe to eat or drink during lactation, see the articles Nutrition, Weight Loss, and Exercise, and  Drugs and Breastfeeding.

When a Nursing Mother Gets Sick 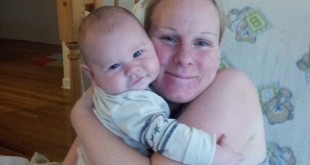 By Abby Theuring, MSW I have been reluctant to blog about this topic, but so …