Should I delay clamping my baby’s umblilical cord? 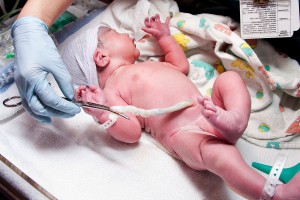 Question: My first baby is due in a few weeks, and I’m working on my birth plan. I know the basics of what I want to do to get breastfeeding off to a good start- like nursing immediately after birth, delaying the baby’s bath and rubbing in the vernix, frequent feedings, etc. – but I have a question about the umbilical cord.

I’ve gotten conflicting advice. I was told that leaving the cord intact after my baby is born until all the blood drains out will help my baby’s iron levels, but I’ve also heard that waiting to cut the cord will make my baby jaundiced.

What you you think I should do about cord clamping?

Answer: These are questions that come up whenever the topic of cord clamping is raised. There  is no real evidence based research regarding this, and the experts aren’t in agreement on which is best. You can make arguments for both sides, but my take on it is this:

Delayed cord clamping has many benefits: It speeds up the third stage of labor (expulsion of the placenta), decreases maternal blood loss, increases the amount of iron available to the baby, and helps prevent the breakdown of protein.

Repeated studies have found that epidurals and Pitocin inductions are linked to increased non-physiologic jaundice because they may compete with the bilirubin sites on the blood protein, leaving more bilirubin available to contribute to jaundice. There is a much stronger link between use of Pitocin and epidurals contributing to jaundice than there is with early cord clamping.

There may be some legitimate reasons to delay cord clamping in babies who are sedated or premature, but in normal deliveries of babies who are full term and not heavily medicated, there are many more advantages to waiting to clamp the cord until after the placenta is delivered. One exception would be if the cord was wrapped around the baby’s neck, or presenting in any way that could possibly compromise his breathing.

So…I guess the answer to your question of whether you should delay cord clamping after delivery is ‘yes’ in a few cases, and an overwhelming ‘no’ in most. When my daughter had her first baby, she had ‘delayed cord clamping’ written into her birth plan.

As in most normal, uncomplicated births, the less intervention, the better. Letting nature take its course is nearly always the best option. 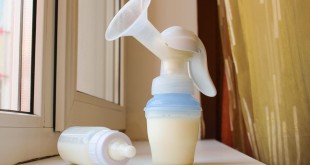 Exclusive Pumping: An Option for Some New Moms

Many new mothers wonder how long they should breastfeed their baby. While the American Academy of …