Can I breastfeed my adopted baby? 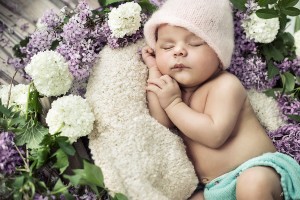 Question: We are in the process of adopting a baby girl, and I want to breastfeed.  Most articles I read are discouraging, and they say she will not make enough milk. Is is possible to get a full supply of milk? If so,  is there something I should be doing now?

Answer: It is possible to breastfeed an adopted baby, much to many people’s surprise. Inducing lactation, which is the process involved in nursing an adopted baby, is more challenging than relactating. Relactating involves rebuilding your milk supply once you have started nursing and then stopped for a period of weeks or months.

Induced lactation is the process of building a milk supply in a mother who has either never nursed a baby, or who has breastfed years before.

You will find that there is a lot of contradictory  information out there about inducing lactation. I think that’s because there are no exact answers about a ‘right’ or ‘wrong’ way to do it. Relatively few mothers have tried adoptive nursing (many people are surprised to know it’s even possible) although the numbers are increasing as the many nutritional and emotional benefits of breastfeeding become more well known. What works for one adoptive mother may not work for another, so a lot of the research has been on a trial and error basis.

The following factors will influence your breastfeeding experience:

Since nursing involves so much more than just transferring milk from breast to baby, many adoptive mothers find that the act of nursing, with the physical and emotional closeness it brings, is just as important as the amount of milk the baby actually receives. Even if you produce only small amounts of breast milk, your baby will get significant benefits from both the milk itself and the security and warmth of nursing at the breast.

For more details about how to induce lactation, including the use of alternative feeding methods, see Relactation and Adoptive Nursing.