Will my breastfeeding baby have a milder case of chicken pox? 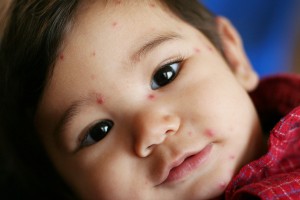 Question: My five year old recently had a case of chicken pox that made him miserable for two weeks. My one year old baby caught it from her big brother, but it’s only been a week and the spots are already disappearing. I’m not complaining, just wondering if the antibodies in my breast milk are helping her have a milder case of chicken pox?

Answer: When a nursing mom gets sick or gets vaccinated, her body produces IgA antibodies. These are the antibodies that that can tell which germs or viruses her body has been exposed to before, so that they can create specific antibodies to fight them.

The baby gets most of the IgA antibodies from the placenta during pregnancy. This maternal IgA protection gradually wears off during the baby’s first six to eight months of life.  Breast milk provides the baby with these antibodies as well, just not as many as during pregnancy.

Breastfed babies have a big advantage over formula fed babies when it comes to protection against illness, due to the many immune factors in mother’s milk. These immune factors provide an additional “safety net” for babies, which is especially important during the early months when the maternal antibodies are wearing off, and the baby’s system is maturing and developing its own defenses.

A baby older than six months or so would not be immune to chicken pox even if his mom had been vaccinated, because the maternal antibodies passed through the placenta would have worn off by then. However, as is the case with other viral infections, breastfed babies tend to get much milder cases than formula fed  babies due to the immune factors in their mother’s milk.

So the answer is yes – she probably had a milder case, and will recover much faster because of her mama’s milk! Chicken pox is usually not a serious virus, but it can make kids pretty miserable. It’s a good thing to get it out of the way so early – it’s always nice to have one more thing to cross off your list of stuff to worry about! 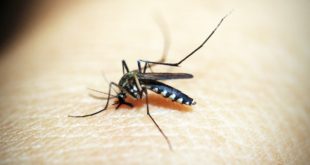 Breastfeeding and Down syndrome

One in every 641 babies is born with Down syndrome, making it the world’s most …