Jaundice In The Breastfed Baby 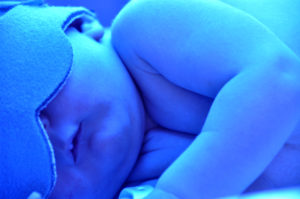 Because jaundice is such a common condition, some medical professionals don’t take the time to explain all the details, because they deal with jaundiced babies every day. However, when the baby in question is your own precious newborn, you need to get as much information as possible to put your mind at ease.

Nearly all infants are jaundiced to some degree. In the vast majority of cases, newborn jaundice is a normal process, which many researchers feel may even serve protective functions, such as guarding the infant from the effects of oxygen free radicals. It makes sense that something that occurs in the majority of babies so routinely may be part of nature’s plan for the human infant.

Jaundice occurs when a yellow pigment called ” bilirubin” accumulates in the tissue, especially the skin, where you can see it as a yellowish or orangish tint.

In adults or older children, jaundice is considered a pathological condition, but this is rarely the case with newborns. The very common type of jaundice that most babies experience is called normal, or ” physiologic” jaundice. Physiologic jaundice is not a disease – it is nearly always a harmless condition with no adverse after effects, as long as the bilirubin count doesn’t reach dangerous levels.

Before babies are born, they need high levels of red blood cells in order to get oxygen from their mother’s blood. Immediately after birth, when they begin breathing high-oxygen blood outside the womb, they no longer need their fetal hemoglobin. The red blood cells containing fetal hemoglobin now need to be broken down and eliminated from their bodies. Bilirubin is a by-product of the breakdown of these extra blood cells, and is removed from the bloodstream by the liver and excreted in the stool. It accumulates in the meconium (the black, tarry fetal stool that the baby poops out the first couple of days after birth) and if not excreted, can be re-absorbed into the baby’s system. The newborn’s immature liver may not be able to process and excrete the bilirubin fast enough in the first days after birth, so jaundice often develops. This is especially common in premature infants.

Bilirubin is measured in milligrams per deciliter of blood, or mg/dl. The average level for an adult is 1mg/dl. The average full-term newborn will have a peak level of 6mg/dl on the third or fourth day of life. Levels usually go down to about 2-3mg/dl by the end of the first week, gradually reaching the adult value of 1mg/dl by the end of the second week. It usually takes the newborn’s liver a week or two to mature enough to handle the build-up of bilirubin in the blood. It is important to know that there is no evidence that bilirubin levels of less than 20mg/dl during the first week of life, and less than 25mg/dl after that have any harmful effects of healthy, full-term babies.

So, if jaundice is such a normal condition, why all the concern? Because there are rare medical conditions which cause bilirubin to rise to dangerous levels, and they can cause brain damage. Years ago, before we had the diagnostic tools and treatment options that we have today, some babies with very high bilirubin levels suffered from a condition called bilirubin encephalopathy, or kernicterus. This is rarely seen today, and then usually only in very premature or sick babies. Doctors today monitor bilirubin levels very carefully, and initiate treatment well before levels get high enough to cause problems.

There are three types of jaundice: normal, or physiologic jaundice, affecting the majority of newborns; pathologic jaundice, caused by medical conditions such as blood type incompatibilities (the most common cause), as well as prematurity, infection, liver damage from rubella, syphllis, or toxoplasmosis, and metabolic problems such as hypothyroidism; and late-onset, or breast milk jaundice (probably caused by a factor in some mother’s milk that seems to delay or prolong the excretion of excess bilirubin).

It is important to understand the different types of jaundice, because each has different causes, consequences, and treatments.

Physiologic jaundice affects nearly all newborns to some degree. It is more prevalent in certain ethnic groups, such as Chinese, Japanese, Korean, Hispanic, and Native Americans. If you define jaundice as bilirubin levels of greater than 10mg/dl, one study found that Japanese newborns were more than three times as likely to be jaundiced as white newborns. Babies who are premature or are low birth weight are more likely to become jaundiced. Babies who don’t feed often enough during the early days, and who don’t stool often, are also more likely to become jaundiced. This underscores the importance of early, frequent feedings. Colostrum (the sticky yellow fluid produced before the milk comes in) acts as a laxative. Bilirubin accumulates in the baby’s stools, and if it isn’t excreted, it re-circulates in his system. Frequent stooling helps lower bilirubin levels.

In the baby with physiologic jaundice, bilirubin levels will usually peak between the third and fifth days of life and are usually less than 12mg/dl. Occasionally they will go higher than 15mg/dl. Most doctors will monitor levels closely during this time, checking the baby’s levels with a blood test, pricking his heel, toe, or finger. If the levels are rapidly rising, or are 20mg/dl or higher (lower levels are used with premature infants), phototherapy is often suggested. This is a treatment which involves exposing skin to blue range light which breaks down the bilirubin and makes it more easy for the baby to excrete. Years ago, nurses noticed that babies who were in cribs near sunny windows had lower bilirubin levels than other babies in the nursery. Researchers then found that phototherapy can make bilirubin levels drop quickly. Until the past few years, babies with high bilirubin levels had to be in the hospital for phototherapy treatments – now, with new technology, babies can receive phototherapy at home using bili-blankets, provided by home health care providers. In most cases, bilirubin levels drop rapidly after phototherapy is initiated, and once the levels begin to go down, they almost always continue to decline. Usually only a day or two or therapy is needed. Most cases of physiologic jaundice will resolve without the use of phototherapy. 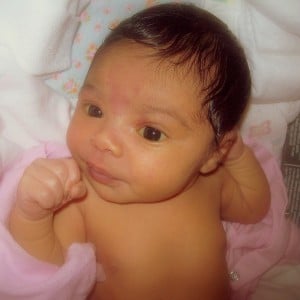 The baby in the photo is a healthy four day old with bilirubin levels of 12 mg/dl. Notice the orange tint of her skin and the slight yellowing of the whites of her eyes, which is very common in jaundiced newborns.  She had normal, physiologic jaundice that resolved in a couple of days with frequent feedings, and without the use of phototherapy.

Here are some suggestions for preventing and/or treating normal, physiologic jaundice:

Pathologic, or abnormal jaundice is caused by medical conditions, and usually shows up at birth or within the first 24 hours after birth. The levels often rise quickly (0.5 mg/dl or more per hour). The baby may need immediate treatment, but breastfeeding can and should be initiated and continued. The colostrum and milk he receives will help him move his bowels, speeding up the elimination of bilirubin from his system A sick baby needs the benefits of breastmilk even more than a healthy baby. In some extreme cases babies may be given exchange blood transfusions. This is the fastest way to bring down the bilirubin level, but is rarely needed these days since phototherapy is so effective. If you are separated from your baby during his treatment, ask for information about where to obtain a hospital-grade breast pump to use while in the hospital and after you go home. A sick baby with elevated bilirubin levels will often be too sleepy and weak to nurse effectively for a while, and you may need the extra stimulation from the pump  to ensure an adequate supply of breastmilk for him.

There is a third type of jaundice called late-onset, or breast milk jaundice. This type of jaundice shows up during the second week of life, and peaks around the tenth day or later. It affects a very small percentage of infants (between 2% and 3%, depending on how you define ” jaundiced” – usually a level of 5-10mg/dl). The bilirubin count can remain elevated for weeks or even months, but will eventually level out at adult levels of 1mg/dl. The diagnosis is usually made in a healthy, thriving infant, and only after all the pathologic causes of jaundice have been ruled out. Often, this type of jaundice runs in families, and breastfed siblings are likely to be jaundiced as well. No one is sure why this type of jaundice occurs, but there seems to be something in some mother’s milk that increases the reabsorption of bilirubin, or decreases the liver processing of bilirubin. When the baby is temporarily given formula, either as a substitute for, or along with mother’s milk, the levels drop quickly, rising again as the baby returns to total breastfeeding. Even though we are not sure of the cause, what is important to remember in cases of late-onset jaundice is that the baby is not harmed in any way by continued breastfeeding. There has never been a case of kernicterus associated with this type of jaundice, or any detrimental after effects. Because we know the well-documented benefits of breastfeeding, the baby should not be denied the advantages of human milk, given the fact that the slightly elevated bilirubin levels will soon return to normal levels without any intervention. Once pathologic causes are ruled out, nursing should continue. Sometimes babies are taken off the breast for 24-48 hours just to make the diagnosis of breast-milk jaundice, though this is seldom necessary. If your health care provider wants to go this route, and the levels drop significantly, then breastfeeding should be resumed.

In most cases, jaundice is a normal, possibly even beneficial process that can be managed without interrupting breastfeeding. The treatment for physiologic jaundice is more breastfeeding rather than less, and sick babies with pathologic jaundice need breastmilk even more than healthy babies. Even in rare cases where the jaundice is caused by the breastfeeding, there is no reason to wean and every reason to continue giving your baby the best possible nourishment – mother’s milk.

If you found this article helpful, please consider making a small donation to my favorite cause – Project Pets: Spay, Neuter, Love – an all volunteer, non-profit organization that provides free spay and neuter services for homeless rescue dogs and cats…because every baby deserves a home, whether they have two legs or four! To find out how you can create a happy ending for a furbaby, visit Project Pets on Facebook. 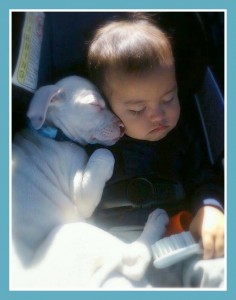 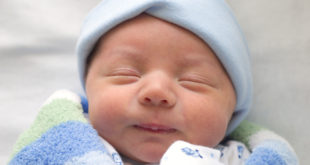 How Can I Tell if my Baby is Getting Enough Milk?

Women have two breasts instead of one so that they can nurse twins, so it …