Will nursing my toddler keep me from getting pregnant again? 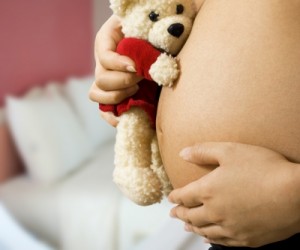 Question: I am currently breastfeeding my one year old baby three times a day. In the last few months I have had two very light periods, spaced seven weeks apart. I’m trying to get pregnant, and I’m wondering if this means I am as fertile as I was before breastfeeding, or if I’m only partially fertile since my periods were very light. Will nursing my toddler keep me from getting pregnant again?

Answer: There are no hard and fast rules about when nursing moms become fertile again.  While the duration and frequency of breastfeeding are key factors in the return to fertility, your own unique body chemistry also has a lot to do with it. Your baby’s age can also make a difference. If you are breastfeeding a six month old who still nurses frequently day and night, then your chances of starting your period soon are less than if you are nursing an older toddler who only nurses once or twice a day.

If you are exclusively breastfeeding (no supplemental feedings, no solids, and little or no pacifier use), the chance that you’ll  conceive again in the first few months is close to zero. If your baby is 3-6 months old, there is less than a 2-3% chance of conceiving, and if you baby is older than 6 months, there is still only a 6% chance of becoming pregnant. These guidelines only apply if you haven’t had a period yet.

The average mother will start her period again sometime around between 12 and 18 months, but this is only an average – it can be much sooner or much later. Nursing moms will often find that once their baby  cuts back on nursing for whatever reason (starting solids, sleeping through the night, or weaning), their periods will start within a few months.

Moms whose periods return early are less likely to ovulate (and thus aren’t fertile) during their first few cycles. Moms who start having periods later are more likely to ovulate before they have their first period. As a general rule, the earlier you start your period while breastfeeding, the longer it takes for you to become completely fertile again. These are just guidelines, and don’t apply to every nursing mother. If you do ovulate before you get your first period and don’t become pregnant, you will often have some spotting or bleeding within a few weeks afterward.

It’s not unusual for breastfeeding moms to have irregular menstrual cycles.  Their periods may be lighter or heavier than before, and they may last for a longer or shorter time. They may have a  period, then skip weeks or months before the next one. Once you have a period, even a light one like you described, it’s best to assume that you’re fertile again, and start using birth control if you don’t want to get pregnant. Once your periods start coming regularly, then breastfeeding is unlikely to affect  your fertility anymore.

It’s possible for a nursing mother to become pregnant even if she hasn’t had a period. I know of some mothers who have literally gone years without a period because they were nursing toddlers and became pregnant without ever starting to menstruate.

Nursing moms  may find that it’s easier to get pregnant if they nurse less often, or shorten the time spent at a feeding. Older babies will usually stretch out the intervals between feeding and spend less time at the breast on their own, so one option is to wait til they get a bit older rather than weaning completely. 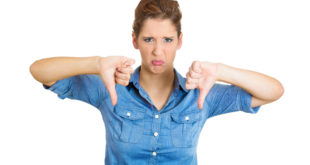 Can I take fertility drugs while I’m nursing? I have no interest in sex since my baby was born – will weaning help?

Ask Anne Question: I have a two year old son and a seven month old …