Seventeen days ago I gave birth to our fourth child, second son. Zackery Galloway was born February 28, 2014 weighing 6lbs 11oz. He came into the world via a cesarean section. A gentle c-section. First time I heard of this was shortly after conceiving Zackery. I came across a YouTube video ( http://www.youtube.com/watch?v=m5RIcaK98Yg ) I cried. I never realized that my birth could be anything more than a typical c-section. 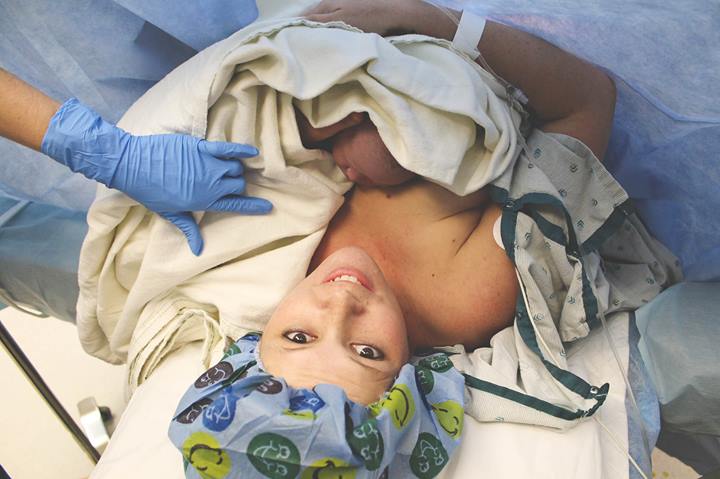 First time holding one of my babies immediately.

Back in 2008 I had a traumatic birth. ( https://www.facebook.com/notes/amanda-kifer/faiths-birth-story/579962595351698 ) In 2009 and 2011 I had repeat c-sections. Shortly after my third child, my husband and I started to change the way we thought about things. From our food, vaccinations, parenting, etc. So, in preparing myself for our fourth child, for the first time I was really disappointed in the way he would be birthed. I obviously would LOVE a vbac (vaginal birth after cesarean.) If I could I would home birth my children! But with my first birth we never got a definite, for sure, reason on why it happened the way it did. I couldn’t bring myself to really commit to a vbac. Too much had happened to me and my daughter. And though “it is my body,” our children are OUR children and my husband could not get on board either. I can’t blame him, he thought he was losing both of us that day.

After researching more, I knew I needed this type of a c-section. I needed to have a healing birth for myself. I printed off articles from hospitals across the country that already did gentle c-sections. I put them all in a folder with my birth plan and headed to my Dr. appointment. When I brought it up to him and gave him my folder he said, “absolutely not, I am not the dr. for you.” Said that it couldn’t work because of staffing and sterile field. I bawled in his office. Begged him to just take a look and he finally said he would do his due diligence. I left the office knowing he was going to come back with a “no way, still still not doing it.” I found a Dr in Phoenix, 3 hrs away that had done a gentle cesarean. Called him and he agreed that he would do it for me but the timing had to be perfect since I was coming this far away. Fast forward a month and I was headed back to my Dr, ready to say, “it’s ok, I found a Dr. that would do it, thanks for nothing.” To my surprise, he said he WOULD do it. Problem now was convincing hospital staff to do it. I went through the rest of pregnancy ready for this gentle c-section but not trusting that it would happen the way I wanted. Something was going to go wrong and I would end up with a regular ol’ cesarean. Around month 8, I went with my friend to meet with the head nurse of the labor and delivery department. I showed her my birth plan and she said she would talk to those that needed to be talked to. A couple weeks later, I got a call from her, saying that everyone was on board!! Baby had to come on scheduled day though or none of the key staff would be there. NO pressure. I had been having contractions on and off since 30 weeks!

Last couple weeks of my pregnancy was so uncomfortable. I was having back labor and was slightly dilated and thinning. I was ready for him to come! He stayed right where he was until February 28th, my scheduled day, at 39 weeks. I planned to sleep in that morning until 8 or 9 since my appointment was not until noon. But , of course I was up at 5, showered, hair done, make up done, and ready to go at 8! I took a little nap, woke up and we headed in.

I still had my doubts as we headed to the hospital. When we got there, the nurse said,” oh hello, you are the one everyone is talking about! We are all so excited for this!” Such a relief to hear that! I figured with all my requests and wants that the nurses would be mad that they had to go out of their way to do this for me! Went into the OR. They did the spinal, hubby came in and we were minutes away from meeting our newest family member! I laid there anticipating what would come next. The nurse dropped the cloth once they got his head out and I watched our son come into the world! For the first time ever, I got to see one of our children be born! Was able to put a face to the little cry instead of just hearing it somewhere on the other side of the drape. He was immediately handed to a nurse who brought him to me. For the first time ever I was handed one of our children, slimy and wet, and was able to place him on my chest, skin to skin. I got to smell his sweet smell and feel his warmth. He was crying when he came to me. Within seconds from reaching my chest, he reached his little hand out, touched my face and stopped crying. I thought something was wrong with him. The nurse assured me that he was perfect and that babies who have skin to skin immediately react like that. Sad that I didn’t know that.

My husband and I were able to both enjoy his first moments together. He was even able to cut his cord which he hadn’t been able to do with any other baby. Zackery remained on my chest the whole time in the OR. Stayed on my chest as we were wheeled to recovery. Latched in recovery and nursed for 45 minutes. Stayed on my chest as we were wheeled to our room. Never left me. It was amazing. Less than twelve hours later I was up and moving around. Twenty six hours after delivery our son received his first bath. My husband and I bathed him for the first time! Another first for me! My whole recovery has been easier than the last three and I can guarantee that it is because I feel so much better about the birth. 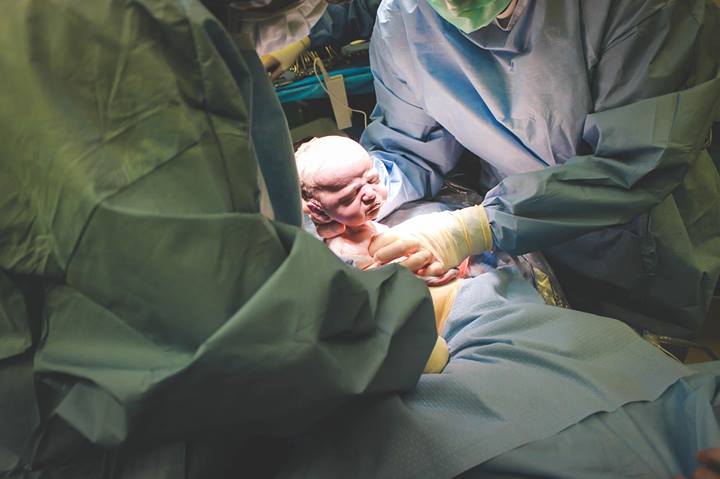 Welcome to the world Z!

Zackery’s birth was far from perfect compared to the natural way a baby is supposed to come to the world. Far from perfect in the eyes of a lot of people I am sure. But it was more than perfect to me! It was worth every second of the fight to get what I wanted. 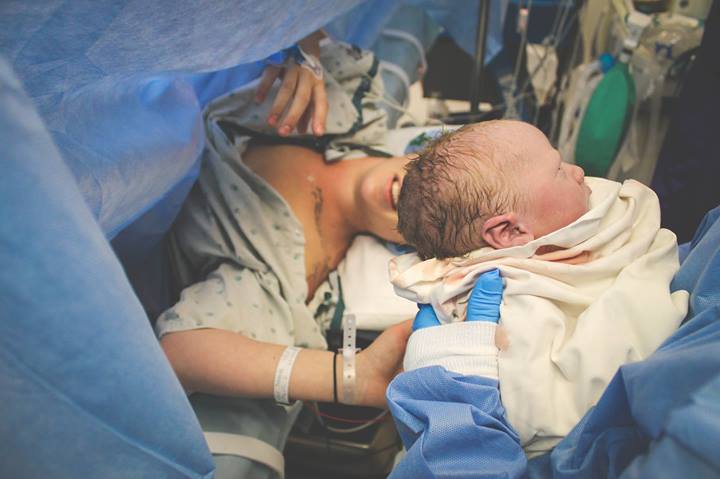 Bringing him to me.

I owe a huge THANK YOU to my husband for supporting me, loving me and wanting what is best for our children. Also for having so much trust in me and for taking some sweet pictures during the delivery! Thank you to my Mama for listening to me every time I called worried it wouldn’t go as planned and for coming out and helping to take care of me and the kiddos. Thank you to Tracee for the many trips to Labor and Delivery for a check, just to be sent home and for the many times she sat there and googled away with me to find information! I received so much encouragement and support from so many people and I appreciate it all! 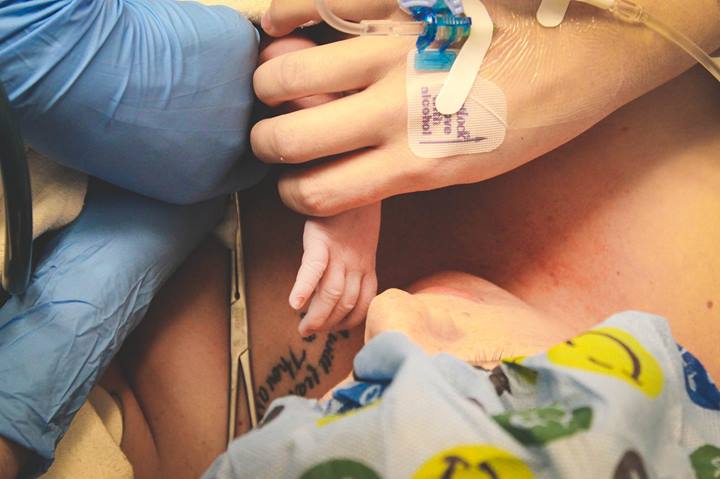 Babywearing as the Biological Norm My focus as a mother supporter, aka doula, is …