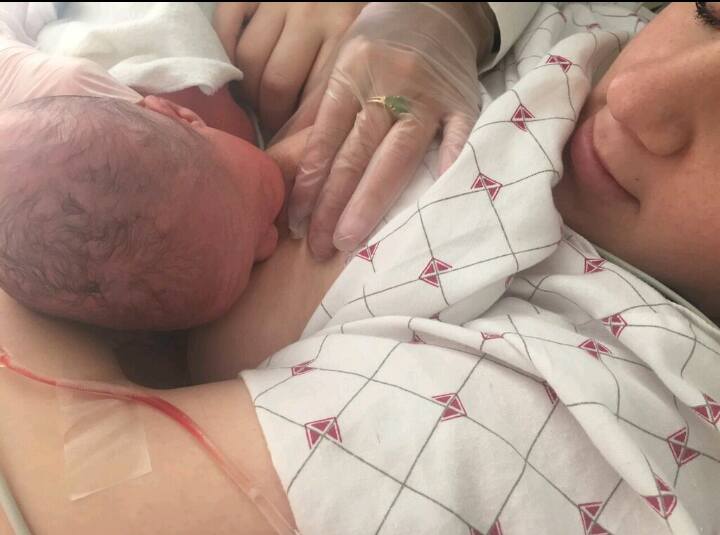 I was induced at 38 weeks due to complications.. A little over twenty-four  hours later I had to get a c-section. I was lucky enough to get skin to skin contact thirty minutes after and was able to nurse my son.

He latched on so perfectly and naturally.

The next day he refused to latch. I had a horrible nurse two nights in a row who wasn’t pleasant when she was trying to help me. I was an emotional wreck I wanted to give up. He would latch every once in awhile but we ended up using a nipple shield to help for two months.

Our first public nursing experience was inside a very busy Walmart. One woman came up to us and expressed how incredible it was for me to breastfeed my son and that I was in an inspiration. Since then I’ve had some negative comments and crazy looks. My son is five months old and we are going strong with no plans to stop anytime soon.

I am so happy with my decision to nurse my son.

Katie Graham Anderson So we all know the benefits of breastfeeding. Let’s talk about the …